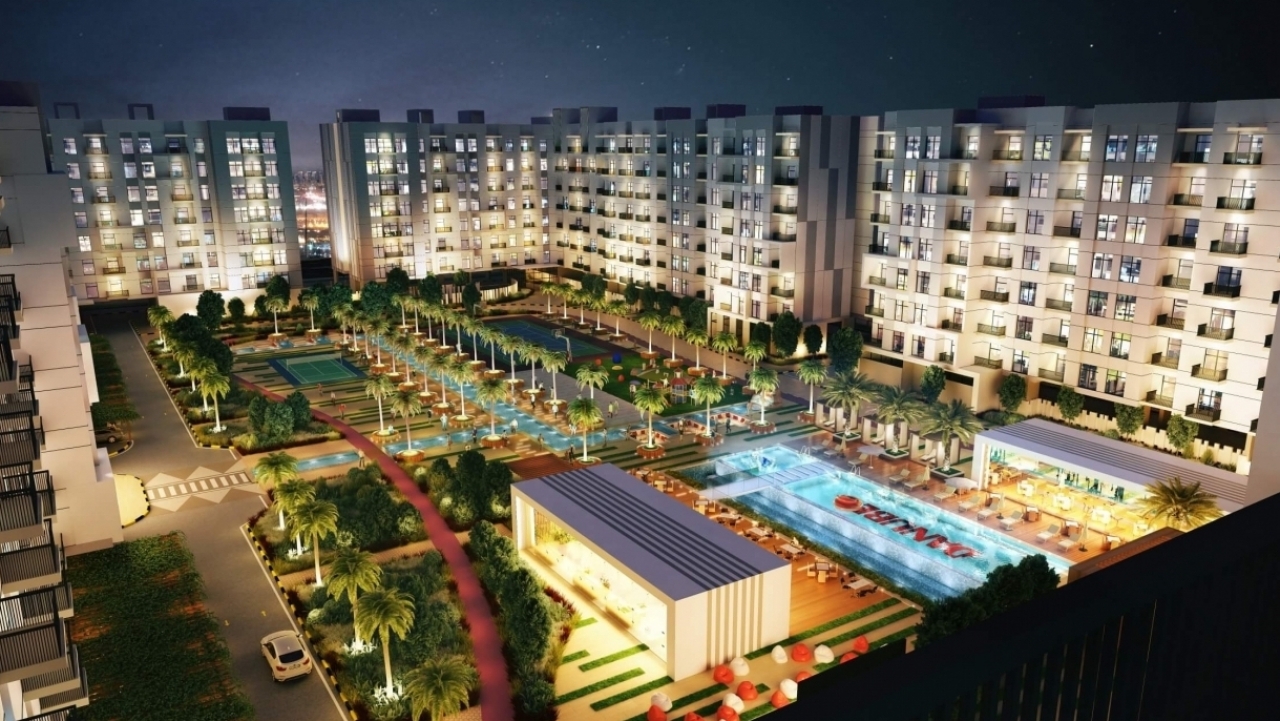 Danube Properties, a major Dubai-based property developer, announced that its latest project – the Dh550 million Lawnz – has been sold out in 5 days from its launch.

The project’s Phase-1, which was launched on June 20, 2018 – right after the holy month of Ramadan and Eid celebrations, created a massive interest amongst the home buyers – who sees a greater value in Lawnz project – a gated community that provides all luxury community facilities and services – at a very affordable price that starts from Dh290,000.

“The sell-out of the Lawnz in the hot summer months – a very quiet and low season for business – is a live demonstration of the public faith in the Danube brand and the customers’ confidence in our ability to deliver quality homes at an affordable price and on time, which is very crucial for the end-users who invest their life savings with us,” Rizwan Sajan, Founder Chairman of Danube Group, said.

“This is also a strong testimony of the fact that there is no shortage of buyers if the properties are offered at the right location, right price, right payment plan and the right delivery schedule. Our industry trend-setting 1 percent payment per month, that helps the property buyers to move in to their homes after paying only around half the prices of the property – is a key to the success of our real estate projects.

“This payment plan – the first in the Middle East by a private developer – is an ideal solution for the UAE’s middle income households who were priced out by luxury developments. Danube Properties believes in inclusiveness and sees affordable homes as the future of the real estate market in the UAE.”

Lawnz, Danube Properties’ 11th project – the Dh550 million Lawnz at the International City – comprises of 1,032 units that raises its portfolio to 4,744 units with a development value exceeding Dh3.7 billion, spread across 11 successful projects.

Construction of the project is expected to start in 2018 with completion in 2020. Lawnz is Danube Properties’ first project at the International City and its first gated complex.

The building design and architectural aesthetic was created to reinforce the design strategy of Danube, which helps maximise the living space while delivering convenience of community living. The project dedicates 50 percent space to open areas with an emphasis on greenery and landscapes.

Atif Rahman, Director and Partner of Danube Properties, says, “The customer response for the first phase of the project – about half of the total inventories – was amazing and overwhelming. However, the response to the second phase was even better – so much so that we sold 350 units in 4 hours – an industry record!

“One of the key aspects of our sales strategy was to give priority to the end-users and the first-time buyers, who used to view housing very unaffordable. However, our sale strategy put them at the forefront of our massive marketing campaign – by bringing down the price barrier below Dh300,000 for the first time in recent history.

“As a developer, we work for the satisfaction of home owners – our biggest stakeholders – and it is important to make them feel confident with our properties and our approach. It is exactly what we have done with Lawnz sales and I am glad that we now have a large customer pool who earlier could not think of buying a home in Dubai. Now they have bought their dream homes – from Danube Properties.”

Danube has delivered 831 properties so far including the handover of 302 units within Glitz Residences 1 and 2 and 358 in Glitz Residences 3 as well as 171 townhouses at Dreamz project till March 2018. It will deliver a further 870 units later this year.

Danube Properties, part of the Danube Group, entered Dubai’s real estate market in June 2014 with Dreamz at Al Furjan – which was sold out at launch. Established in 1993, Danube Group, the UAE’s largest supplier of building materials and home furnishing, this year celebrates 25th anniversary.

In 2017, Danube awarded five construction-related contracts with a combined value exceeding Dh392 million a year it started delivering homes. These include a Dh221 million main construction contract recently awarded for Miraclz Tower near Miracle Gardens at Arjan that will host 599 units including 591 apartments.

Danube Properties also awarded a Dh146 million contract for the main construction package for the Resortz project. The 17-month contract will see the project gets ready for occupancy by the second quarter of 2019. Resortz will host 444 units including 419 apartments, 25 retail outlets, landscaped environment that appears more like a five-star resort, than a residential compound.

Danube Properties has so far launched 11 residential projects, of which four have been delivered, two are getting ready for delivery while four others are at various stages of construction and one in tendering stage.

The company has one of the fastest development-to-delivery ratio in the region’s real estate market where timely delivery of properties remains a major challenge. That way, Danube Properties’ performance in construction and delivery is helping strengthen buyers’ trust in real estate.

Danube Properties, part of the Danube Group, made its foray in to the real estate market in June 2014, by launching the Dh500 million 171 townhouses at Al Furjan. Since then, it continued to expand its development portfolio by launching Glitz Residence I, II, III, Starz, Glamz, Miraclz, Resortz, Bayz, Jewelz and Lawnz projects.

The company currently has a development portfolio of 3,680 units, with a combined value exceeding Dh3.14 billion. It is delivering about 830 units in 2017-18, with a combined sales value of Dh1 billion – or a third of its portfolio value.

Established in the year 1993, Danube Group was founded and cultivated under the leadership of Rizwan Sajan, who is the known to be the Founder and Chairman of the Group. Starting off as a small trading firm, the company is moving from strength-to-strength, expanding its foothold in the region, and has established itself as the No. 1 building Materials Company along with other branches under its vast umbrella.

In 2015, the company recorded a turnover of Dh5.14 billion and has been growing ever since. Moreover, Rizwan Sajan was ranked 12th among the ‘Top 100 Indian leaders in the UAE’ List by Forbes Middle East.

The company provides more than 25,000 products in stock and in-house value added services in all of its multiple set of showrooms across the Middle East region and India. The company operates from its head offices in JAFZA with logistics facilities across the region which amounts to 5.5 million square feet and includes kiln drying facility, factory and warehouses of the group.

From a small trading firm, Danube has grown into one of the largest building materials company in the region, with its diversified branches worldwide including UAE, Oman, Bahrain, Saudi Arabia, Qatar and India, in addition to procurement offices in China and Canada. Danube has a team of more than 1,800 people working across strategic locations across the GCC and India.

Among its flagship companies, Danube Home – the Home Interior Retail arm – has showrooms in major shopping malls across the region and in India. In UAE it has showrooms in Sheikh Zayed Road, Dubai Festival City, Bawadi Mall – Al Ain, Abu Dhabi and standalone outlets in RAK, Fujairah and Abu Dhabi as well. In Oman we have 5 showrooms (Salala, Nizwa, Sohar, Baraka and Al Khuwair). Danube Home has a showroom in Bahrain – Salamabad as well.