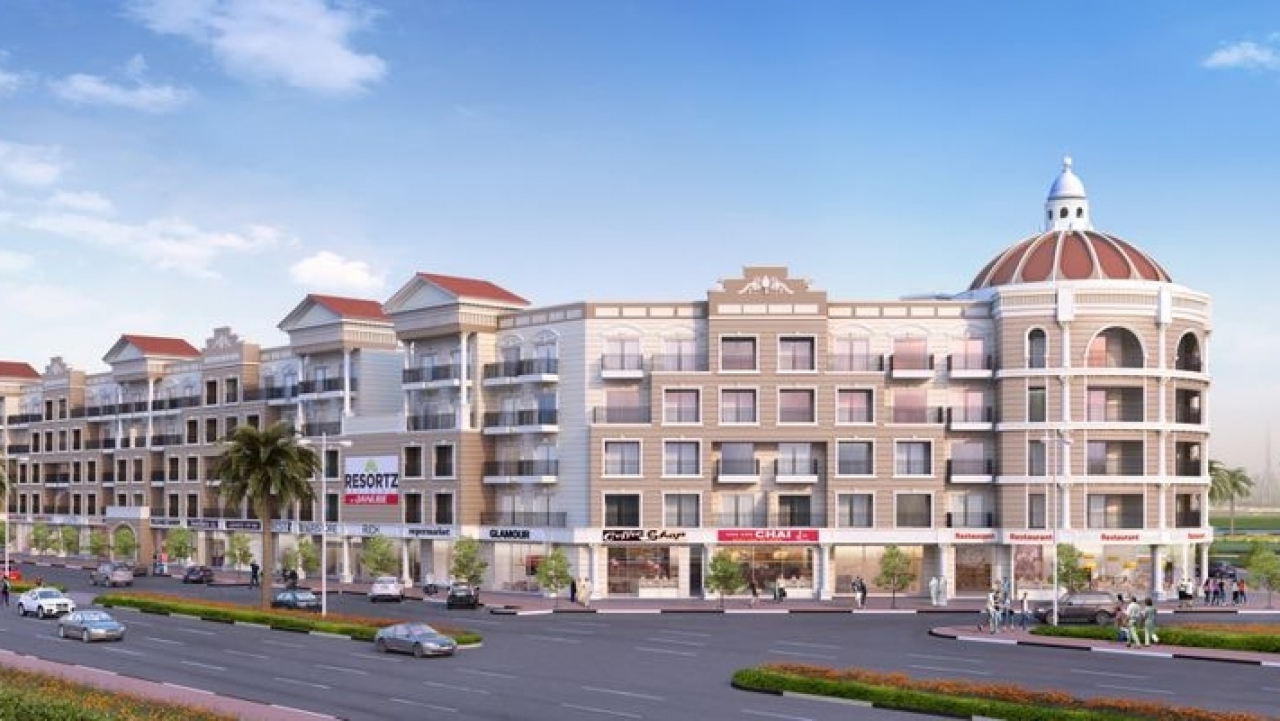 Danube Properties has doubled down on its commitment to “affordable luxury” housing with the completion of Resortz, a Dh300-million low-rise residential complex in Arjan that takes inspiration from neoclassical architecture of 18th century Europe. The company said all 444 units have been sold out, bringing Danube’s total sales value to over Dh2 billion.

Affordable luxury will remain a safe bet in the market, according to Rizwan Sajan, founder and chairman of Danube Group, as he expects a rise in the number of property owners venturing into the holiday home market with the influx of tourists this year. “In the year of the Expo 2020, we believe the demand for homes will soar,” said Sajan. “Many homes will be offered to tourists as holiday homes through different online channels and our investors and buyers stand to gain from the rising demand this year.”

This, along with new regulations recently announced in Dubai, including five-year visas for tourists, have increased the incentive to invest on premium-quality housing with an affordable price tag. “(In affordable housing), you can’t go wrong at this price,” said Sajan.

Atif Rahman, director and partner of Danube Properties, said the five-year visa, coupled with Dubai’s extensive air travel options, will transform the emirate into a “weekend getaway”, effectively boosting the housing demand. “I’ve spoken to a few of my friends from different parts of the world and I got the same response from all of them: Dubai is going to be our weekend getaway now,” said Rahman.

While the rise in tourist footfall puts an emphasis on luxury and premium residences, Rahman points out affordable housing will remain the backbone of the real estate industry. “It is the most important thing for any business, any industry,” he said. “Everybody loves affordability.”

In this regard, he acknowledges the completion of Resortz leads the way for the company’s growing focus on affordable luxury housing. The project was developed as “a five-star luxury resort”, with amenities such as a green landscaped podium that converts into a green park for residents, open swimming pool, water features, outdoor catering and barbecue area.

“If you look at this project, it’s not luxury, it’s super luxury,” said Sajan.

The company went out of its way to deliver a polished luxury product, spending upwards of Dh3 million for upgrades and other add-on features, including a dedicated lift for people with special needs. “In this project we have done several upgrades,” said Rahman. “We have added several new areas like the family deck, the kids’ play, the party hall. A separate lift for people of determination is a rare phenomenon in this part of the world. However, we are one of the first developers to have installed it in Resortz.”.

Sajan admits the upgrades affected the bottom line, “but what’s more important is the customer should be happy. If they are happy, they will come back for more”.

In its characteristic flair, Danube unveiled Resortz in a “Royal Magical” show, replete with fireworks and actors performing on the balconies of the apartments. The elaborate ceremony, according to Sajan, reflects the significance of the project.

“This is the first project completion announcement in the new year, and we started 2020 with a very positive note,” he said. “This is our third project to have completed in just seven months – a feat difficult to match.”

The project’s architecture was tricky to pull off, according to Rahman, but it was ultimately in line with the company’s decision to raise the bar with each new project. “In the local ambience, there was nothing available that was similar to this concept,” he said.

One of the standout feature of the project is the dome, created in neoclassical style. The columns were also chosen from several historic references, such as the historic Piazza del Duomo in Florence, Italy. “Every corner of the project, you will find a consistency of theme,” said Rahman.

But while the exteriors are neoclassical, the units have a modern layout. “We’ve wanted to create that sense of going back in time, but have maintained a modern-day look inside the apartments,” Rahman explained. “That’s what the project is all about.”

With Resortz, Danube has delivered seven of 13 residential projects, with at least three more expected this year, including Miraclz, another ‘affordable luxury themed’ project also located in Arjan. “I’m planning to celebrate the completion of Miraclz later this year and I’m hoping it’s going to be another record-breaking completion celebration,” said Rahman.

Danube’s 13 projects combine for a total of 5,453 units and a value exceeding Dh4.1 billion. The company has delivered 2,155 units, or nearly half its development portfolio.