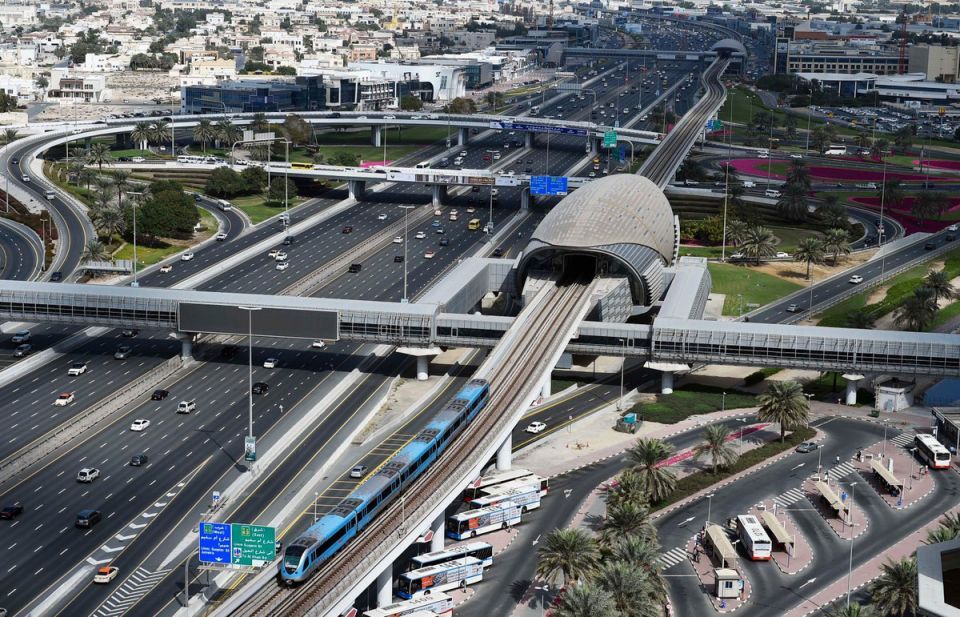 Ambitious projects will spur further development across the MENA region

Dubai Metro and Tram will definitely see further extensions in the future, according to Müslüm Yakisan, senior vice-president for Alstom in the Africa, Middle-East Central Asia (AMECA) region.

The French train builder has been at the forefront of both projects in the emirate and is on the verge of completing the extension of Dubai Metro’s red line, which branches out from the Ibn Battuta station to the Expo 2020 Dubai site as part of the Route 2020 expansion project.

While plans have previously been approved to extend the tram to serve the city’s main attractions including Madinat Jumeirah, Jumeirah Beach Hotel and Burj Al Arab, as well as the Mall of the Emirates, as part of the second phase of the project, which opened in 2014.

Phase three plans included taking the line up Jumeirah Beach Road to the north-west of Dubai.

Yakisan told Arabian Business: “In Dubai there will be further extensions of the metro definitely because the impact of such a metro system has been recognised.”

“We have had discussions about that (tram extension), we have had debates around that. We’re ready for that if the RTA should ever decide and come up with ideas like that, but honestly speaking, in these times of the pandemic, the plans for extension, and this is something that will happen from our point of view at Alstom, as we truly believe that there is a momentum generated in the Middle East for such public transport solutions, which nobody will be able to stop, even the pandemics will not stop.

“Twenty years ago, who would have thought that there was going to be a metro system in Dubai? They would have said, this place is tailor-made for cars, why should these people use the metro?

“Today, we look at it and it’s fantastic. It is a lightbulb project and I think it has generated the momentum in the region that will not be stopped; it will be continued, be it Bahrain, be it in Kuwait, be it continued extensions in Dubai, be it further lines in Riyadh and other metro solutions to be implemented in Saudi.”

Atif Rahman, director and partner of Danube Properties claimed earlier this year that the emirate’s metro line would be extended further.

He told media before the onset of the coronavirus pandemic that plans to extend the green line, which currently runs 22.5km from Etisalat station to Creek, were close to being finalised, which would see the line expanded from Al Jaddaf to International City.

In announcing Danube’s $109 million development, Olivz, on the edge of Mohammed bin Zayed Road, Rahman said: “What makes it even more attractive is there’s a proposed extension of the green line, which I think, according to my belief, is imminent to happen. It’s definitely going to happen because there’s such a high density of population already residing over there.

Project forms part of efforts to maintain Dubai's position as one of the world's fastest growing and most developed cities.

“That is one of the first ripe areas for extending any infrastructure projects related to transport.”

As well as the extension of the Dubai Metro, Alstom has also been at the front and centre of the $22.5 billion Riyadh Metro system – the company is part of the FAST consortium awarded the design and construction contract for lines 4, 5 and 6. Alstom also manufactured 69 driverless Metropolis trainsets to run on the new lines.

Yakisan revealed the success of these projects will act as a catalyst for further developments in the region for the company, which has around 5,000 employees across AMECA, with six facilities, in Morocco, Algeria, two factories in South Africa and two in Kazakhstan.

He said: “We believe that the momentum for implementing rail-bound transport systems, be it urban, be it long-distance in the Middle East has reached a level where there is going to be continued activity.”

He added: “What we see is that Saudi Arabia has a lot of potential, because with Riyadh there is a certain momentum, be it in Jeddah, in Makkah, be it in the east coast. We’re expecting that Bahrain and Kuwait are going to come up with further opportunities.

“We are heavily working on implementing the first metro system in Baghdad. We have been working on that for quite a while. There is a clear understanding that Baghdad needs a rail mass transit system for the demand.

“We have certainly also a lot of expectation in Egypt. If you have been in Cairo it is horrible to go anywhere by car, it’s really exhausting.”