The generation game: Meet the Sajans 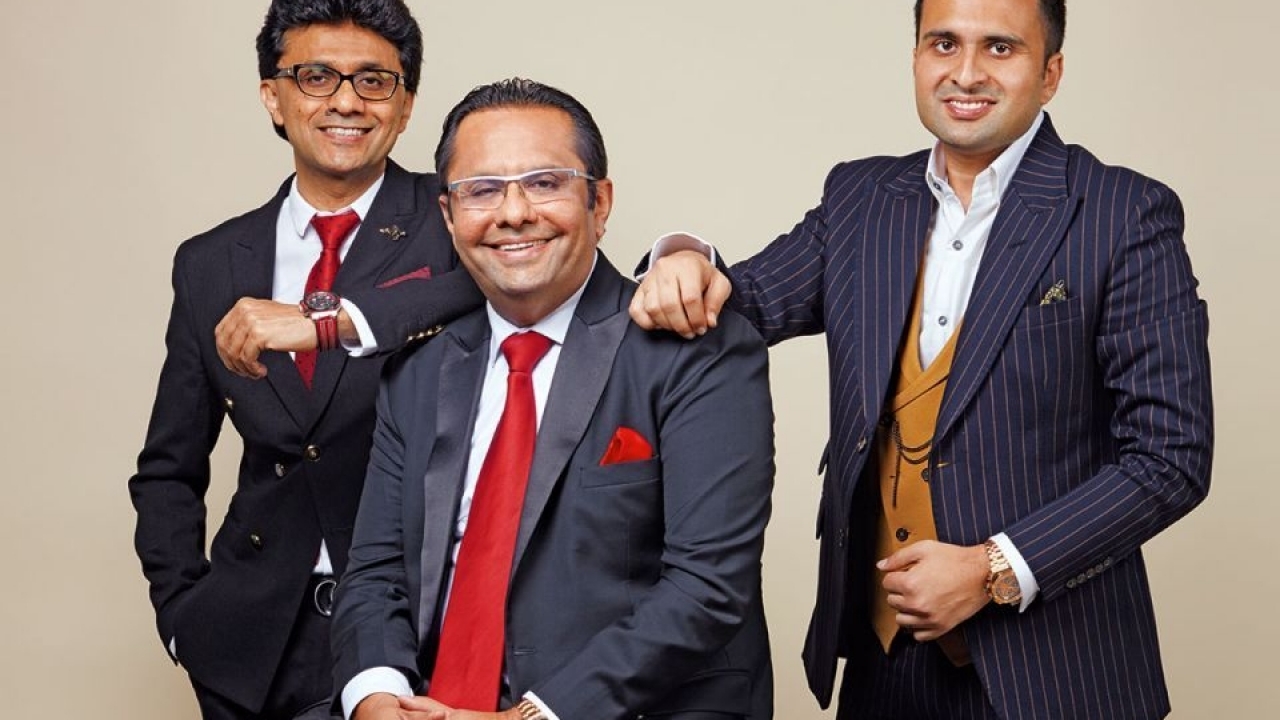 The generation game: Meet the Sajans

In a rare joint interview, billionaire businessman Rizwan Sajan sits down with brother Anis and only son Adel to share what it really takes to build a lasting family dynasty.

Joining the family business was never going to be a walk in the park for Adel Sajan.

Then again, if your father is Rizwan Sajan, the man who transformed that same, small Deira trading office into one of the region’s biggest suppliers of building materials – the Danube Group – you might as well skip the holidays to try and keep up.

Since the age of 13, that’s exactly what Adel’s been doing. At just 29 years old today, he has transformed the group’s home décor and furniture wing Danube Home (previously Buildmart) into a global force spanning the UAE, Oman, Saudi Arabia, Qatar and Bahrain.

The one-stop destination for furniture and interior design assistance offers customers up to 50,000 individual products sourced from the US, Germany, Turkey, Spain, India, Malaysia, Vietnam, China and Italy.

But he’s not stopping there. Under young Sajan’s leadership, the brand aspires to open eight new stores annually, adding 500,000 sq ft of retail space over the next five years.

Had it not been for his father’s strict instructions to brand managers – “don’t treat him like my son, be extra strict with him” – Sajan might not have done any of the above. Luckily, his father threw him into the deep end from the very beginning.

“He sent me abroad with a million dollars and said, ‘Go and source chandeliers’. [Just like] you throw a kid into a swimming pool… he throw me into buying, without any experience...”

Despite many a missed summer parties, it worked out well for Sajan. “I started to enjoy it,” he recalls.

But if you’re driving a Ferrari to work, what’s not to enjoy?

“I made my dad buy me a Ferrari,” he says. “That was something I’d wanted for a long-time.”

Of course, the young Sajan is no stranger to the luxury life. In 2017, his father spent a whopping $30m on his son’s wedding, which was held over four days on a Bollywood-themed cruise in the Mediterranean. The 1,100 guest-list comprised the richest and most famous from India and the UAE, including Bollywood stars Shilpa Shetty Kundra, Gauhar Khan, and music directors Meet Bros and Vishal-Shekhar.

His father told Arabian Business at the time, “The wedding of my only son Adel is by far the most awaited event of my life and words cannot express the joy I feel.”

When we started the real estate business, we decided we are not going to target the luxury business

And while he’s all for providing a comfortable life for his family, the elder Sajan quickly jumps in to clarify his purchase of the Ferrari, stating that his son was only given the Italian supercar once he had fully earned it.

“Value of money is important. I remember [Adel] would get AED10 pocket money and he would ask for extra money, so I would say ‘go wash my car’,” says the founder and chairman of the Danube Group, himself worth at least $2.5 billion.

Though his son Adel has since switched to an equally lavish black Bentley with customised red interiors, to be fair, he’s bought it all on his own.

And why wouldn’t he? He is already looking to develop the brand by trying out the franchising model.

“We have tied up with different partners and opened in Tanzania, Seychelles, Uganda and now we have plans to open in Nepal, Egypt, Zambia and Lebanon,” he says.

“Currently, in franchises, we have about five stores in three countries, but, this year, we signed a lot of contracts. So by the end of 2019, we should be in 10 countries, excluding our home markets. Initially, it takes time, but it’s picking up.”

The numbers back Sajan’s statement. In 2014, he set a plan to grow the retail business as much as 10 times in the span of six years. For the past four years, he’s been on track.

His secret? “Luck,” he says. But something tells us good fortune played only a small part in his success. Because while joining the family business comes with lots of pros (a Ferrari is one example), Sajan had to prove he wasn’t ‘a daddy’s boy.’

“You get a big jumpstart in that, by the time I had graduated, I had experience in buying, selling, warehousing, logistics, marketing… so I had five or six years’ experience before I graduated.”

“But, one of the things [you face] when you come in as the chairman’s son is that a lot of the staff will have the notion that they have this 22 year-old coming in because he’s ‘daddy’s son’ [and they say] does he really deserve it? It takes a couple of years [to] get the team on board and prove yourself,” he says.

His uncle, Anis, was still in college when he, too, was asked to join his brother, Rizwan, in leading the firm.

By the end of 2019, we should be in 10 countries, excluding our home markets. Initially, it takes time, but it’s picking up

Now the group’s managing director, Anis says he had “no second thoughts” about leaving school to work alongside his brother.

Similarly to Adel, Anis credits being “at the right place at the right time” as the reason behind the company’s ability to grow at a 30-40 percent rate.

But chairman Rizwan says it’s largely to do with smart recruitment. “Recruitment was the key – getting the right people, making sure they are handling the right things. When you are going at that speed, you have to look not only at the numbers and the sales, but make sure the processes are in control. Because you can be taken for a ride if you are not controlling the processes, the logistics department, the HR department,” the elder Sajan says.

The rapid rise he’s speaking of appears to be still going. This time, in the company’s development arm Danube Properties, which was set up in June 2014 with a focus on affordable housing and an initial AED500m ($136m) launch of townhouses at Al Furjan.

Last year, despite a slowdown in Dubai’s real estate market, Danube Properties recorded a 78.5 percent jump in sales of residential units, bringing its total market share of off-plan sales to 10.6 percent, up from 5 percent in 2017.

“When we started the real estate business, we decided we are not going to target the luxury business [because]… there’s a huge population of expats [in Dubai]. How will the expats be able to buy, as they don’t have that kind of money? Then we came up with the affordable housing idea,” says the chairman.

“I have a lot of competitors and everyone asks me ‘how are you so successful?’” he says.

I’d love to slow down, but unfortunately, it’s in my genes to work

His secret? The 1 percent plan. “You pay a little down payment, and that formula worked a lot. Then we also had our Danube brand for nearly 25 years… Because we are in the building materials business, it is easier to find the right architect, [so] when we launch, we are able to sell very fast and then, most importantly, to find the right contractor. Because it is easy for them to work with us as 60 – 70 percent of materials required is laying with us,” he says.

While Sajan admits the real estate market is “low,” his formula is simple: launch one project at a time.

“If that is sold successfully, we go to the next one,” he says assertively, meaning there’s no need for the company to have a land bank in Dubai, he adds, particularly at a time when land prices are falling.

But Expo 2020 Dubai might very well change that, according to his brother Anis.

“I’m sure the Expo is going to definitely help. History says wherever an Expo has happened, whether it is Milan or Shanghai, the after-effects have been beneficial… Expo will get more and more people to come to this country and that will help the real estate market,” he says.

By the time I had graduated, I had experience in buying, selling, warehousing, logistics, marketing

Will the Sajan family itself need help when chairman Rizwan retires? It’s unlikely.  “Slowing down is very difficult for me,” he admits. “I’d love to slow down, but unfortunately, it’s in my genes to work…”

While it’s only a matter of time before the next generation of Sajans begin their grooming and ultimate takeover of the Danube dynasty, judging by the younger Adel’s skipping of summer holidays to work in his father’s building materials shop, the hard work gene definitely runs in the family.