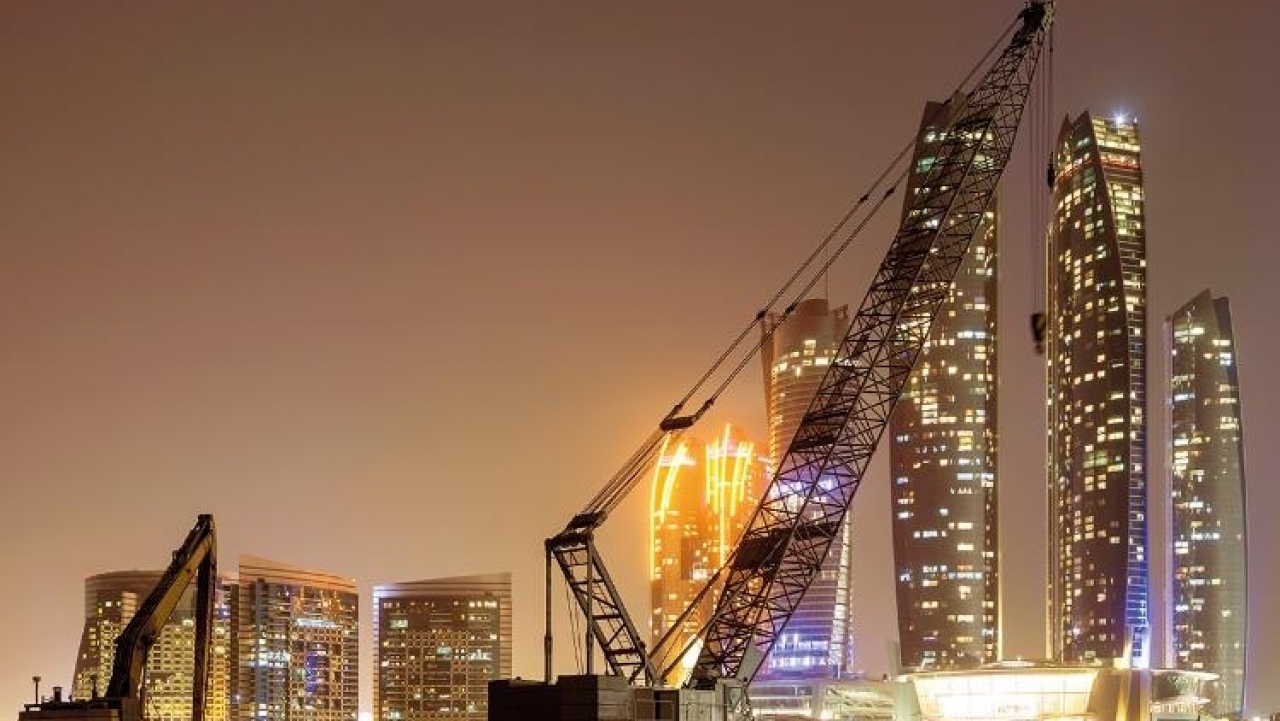 A construction site in Abu Dhabi. The new regulation enables the Central Bank to allow more property financing as needed. Analysts say this is crucial for the completion of projects that had been hounded by funding challenges.

When the UAE Central Bank removed a key hurdle that had long limited the ability of banks to fund real estate projects, it also made sure to remain flexible to counter risks of an overheating market. Announced in November, the regulation abolished a ceiling on banks’ exposure to real estate loans, which had been previously set at 20 percent of the total deposits of banks. A new limit has not been announced, but the matter is under discussion with the UAE Banks Federation.

This effectively means that the Central Bank can adjust the ceiling higher or lower based on the performance of the market.

“The cap amendment would act as a ventilator to the current real estate sector wherein we were witnessing cash flow constraint in the market,” says Dhiren Gupta, managing director of 4C Mortgage Consultancy. “The banks could now allocate larger reserves to finance real estate development for both at retail and corporate lending.”

As more cash pours into the market, Gupta believes the move will ease the stress in the property sector. “It’s been predicted that the loans will grow up to 5 percent in 2019, but it is judgmentally important to maintain current loans to value levels for mortgages,” he adds.

The lifting of the limit also acts as a catalyst to support infrastructural development in the UAE. “Under this new regulation, project finance could see as a major beneficiary, as earlier banks would restrict their lending appetite to finance such development,” says Gupta. “Also, the banks would be flexible in keeping the funding restriction set by the Central Bank. However, so far, it is not sure which loans will fall under the real estate finance.”

The regulation is also expected to uplift the confidence of real estate investors and end users in the UAE market. “The amendment indicates that the UAE Government is striving to maintain strong economic growth for the people of this country,” adds Gupta. “With this new regulation bank appetite to finance real estate development would growth, hence, the market could witness added mortgage transactions in the coming months.”

Amer Khan, head of retail products and segments at Standard Chartered UAE, says the amendment will help banks participate more aggressively in the real estate sector, particularly in key growth markets such as Dubai and Abu Dhabi. “It allows banks to prioritise the use of its deposits to fund real estate loans both to the property developers and customer mortgages,” says Khan. “Increased access to bank funding will ensure property developers can complete existing projects and fund new projects as well. This will give ample options for homebuyers and investors. Also, like property developers, individual homebuyers and investors would have access to more funds, which would also encourage them to purchase the property.”

With the 20 percent cap, if a bank’s total deposit is Dh100 billion, the amount the bank is allowed to lend as real estate loans should not exceed Dh20 billion. “If banks already reach this limit, any loan request coming from property developers or mortgage will not be granted,” explains Khan. “If there will be no cap, then the bank may opt to lend more than Dh20 billion to fund real estate loans. This means the real estate sector will have wider access to funds. We can expect completion of projects faster or continuation of projects that were halted due to lack of funds. Also, we can expect more new projects due to access to more funds.”

Sunil Gomes, CEO of Gemini Property Developers, believes the removal of the cap will also give a push to the affordable market segment. “It will stimulate investors, especially the middle-income investors to buy property as the confidence increases due to this new regulation,” says Gomes.

Atif Rahman, director and partner of Danube Properties, says the Central Bank’s move is well timed for the property market. “That will help the banks to support the property and construction sectors, which will now have access to greater liquidity. It is a very timely and significant decision that will help stimulate the real estate market in the UAE.”